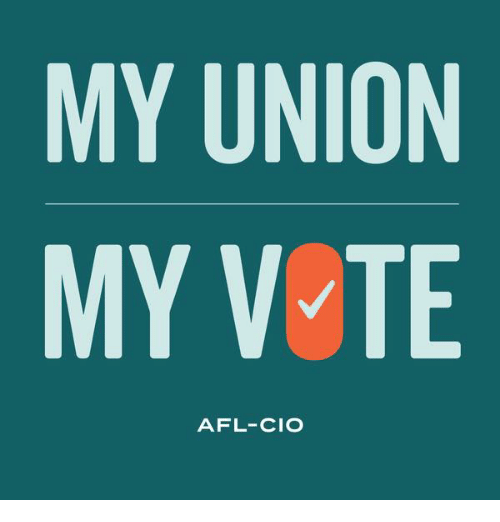 On November 6th, a general election will be held which will determine the representatives that will be in office during the 2020 census. It is vitally important that these representatives are labor friendly because following the census, the process of redistricting will begin. Without adequate representation, working families can fall victim to the results of a process called gerrymandering.

Gerrymandering occurs when the ruling party creates districts that all but assure that their party will remain in power regardless of who wins the popular vote in future elections. This is accomplished by strategically manipulating the districts through techniques called packing and cracking that ensure that the opposition party is divided in such a way that they will never achieve a majority at the polls. Specifically, cracking is a process that spreads the voters of a particular demographic across many districts in order to dilute their voting power, while packing is a process that concentrates as many voters of a demographic into a single voting bloc to reduce their influence on other districts. The effects of Gerrymandering can be seen in the graphic below. 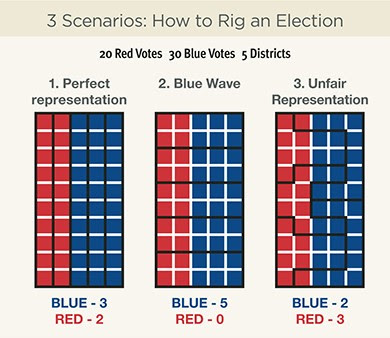 The results of Gerrymandering can be devastating. Following the 2010 census, the gerrymandering that ensued ultimately led to the Republican legislature of many states with proud union histories and broad union support including Indiana, Kentucky, Michigan, Wisconsin, West Virginia and Missouri passing right-to-work laws. Prevailing wage laws were also wiped from the books in 21 states and worker safety rules were rolled back right along with corporate taxes. Unemployment insurance became harder to get in many states and worth less if you did receive it.

Given the importance of the upcoming general election on November 6th, I would like to implore all of you to take the time to go to your polling location and cast your vote to ensure that those individuals that are selected to represent us, do so in a manner that is favorable to our interests.